Dealing with Bad Smells in the Office 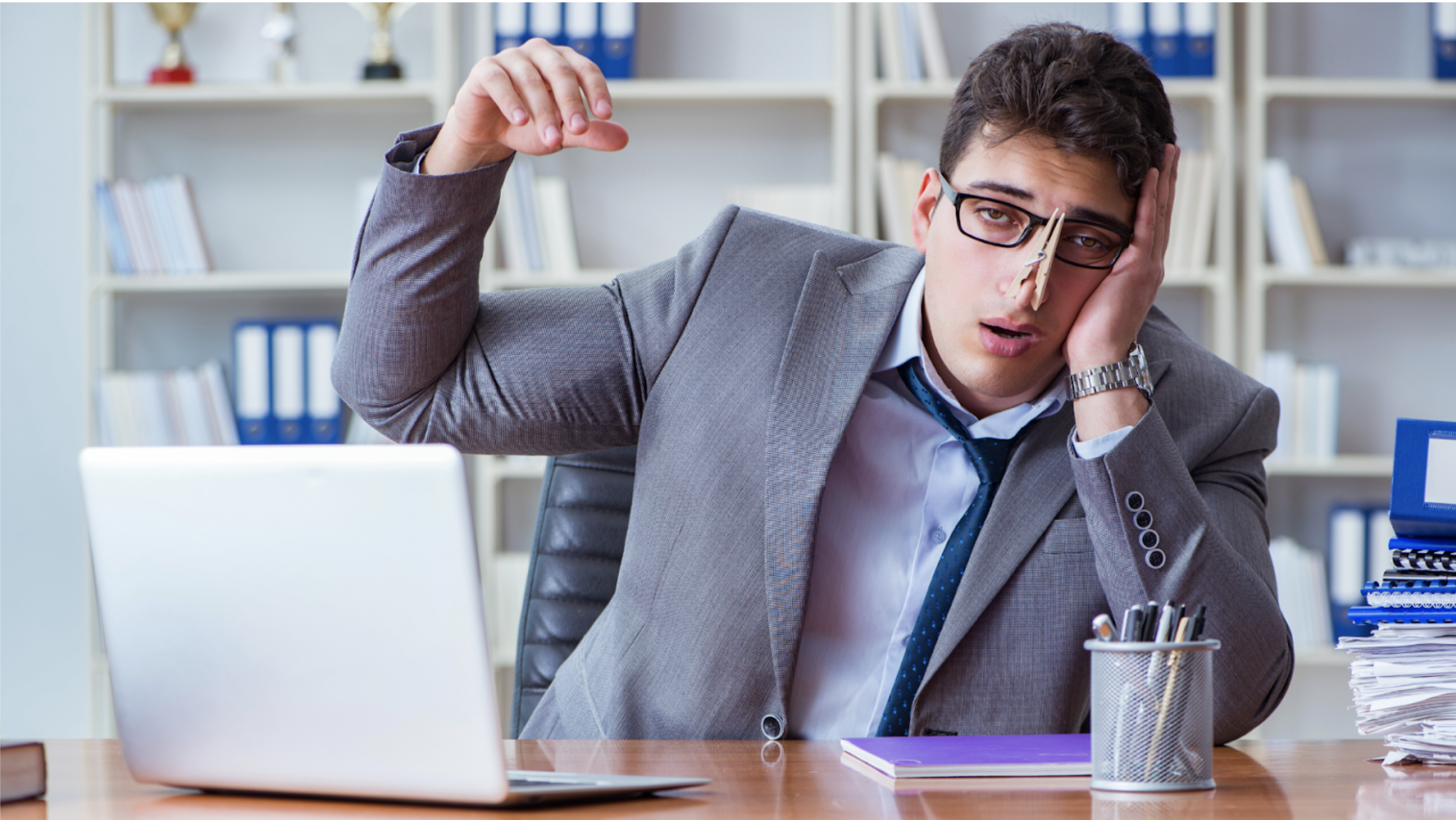 Work stinks. Unfortunately, sometimes it is quite literal. Most people spend half their days in the office. When staying in one place for quite a while, you start getting too comfortable. To be fair, it isn’t just you.

The more time you spend in your workspace the more unpleasant things you begin to notice. From the cobwebs on the ceilings to the uneven floors, the crumbs left on the tables, and the ungodly sight of the pantry fridge, an unkempt office is a menagerie of all types of smells.

Good or bad, a shared space comes with a host of odors. Here is how you deal with them for your office.

Air quality or the odor inside the office, believe it or not, affects the productivity or even the temperament of all employees. So keeping the office free from bad smells is almost vital to increasing work efficiency and keeping everyone in a good mood.

For these bad smells to be eliminated, the first thing to tackle is determining and characterizing the source of the smell.

This will help determine the right action and procedure as to how to get rid of these bad odors.

Common Causes of Bad Odor in the Office

The most common cause of bad smell in the office. Not all people appreciate the smell of the meals that you’re bringing for lunch. Keeping the room well-ventilated or if possible, opening the window to lessen the spread of the smell would help a lot in managing food funks.

This one calls for professional help. If the odor that you are smelling smells like natural gas, then most likely it is natural gas! For this instance, call the gas company to have the building checked immediately.

For the sewer smell to spread, a “day trap” which is a drain trap must have dried out already. For this type of situation, a plumber is the first person that you should call. They have the tools and ability to inject smoke into the drain or vent to identify air leaks.

The smell of nail polish and rubbing alcohol can easily be characterized. Arguably, it is one of the most distinguishable scents out there. The only thing that you will have to do in this case is to locate the source of the smell and promptly ask them to refrain from using such products. It might also be a good idea to include this in your employee handbook.

Smelling varnish means it’s coming from oil-based paints, mineral spirits, lab solvents, lighter fluid, or other chemicals called Volatile Organic Compounds (VOCs) which usually include gasoline solvents turpentine, and a variety of different alcohols. It would be easy to locate where the smell is coming from because the nearer you get to it, the stronger the odor or smell becomes.

One of the most common bad odors that linger in the office is probably coming from the outside. Often exhausts from labs, washrooms, construction, vehicles, or from nearby places are being drawn and brought inside the office because of the exhaust system.

There are a number of reasons or causes of bad smells and odors in the office. Again, identifying the source should be your first recourse. It can be challenging to identify the office cleaning service that you need without tackling this first step.

Now, let’s talk about how to deal with bad smells and odors in our office.

Now that you have identified the main causes of your office’s funky odors, it’s time to deal with them appropriately. Truth be told, this process is relatively straightforward. There are three  efficient ways to ensure that smells and odors are properly managed in the office:

Use Scent to Your Advantage in the Office 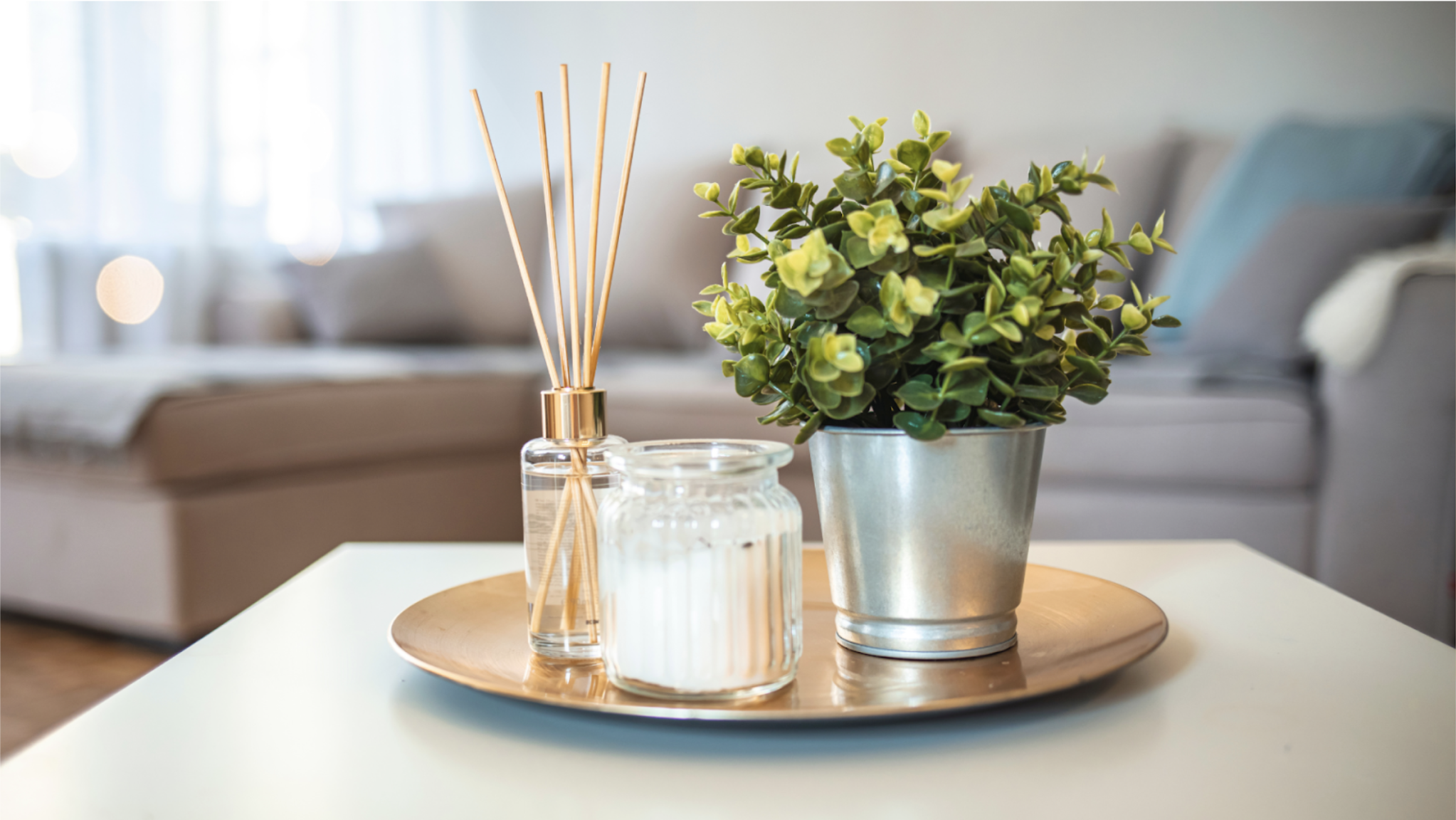 An article written by Scientific American says that people who work in the presence of a pleasant-smelling air freshener report higher self-efficacy, set higher goals, and are more likely to employ efficient work strategies than participants who worked in an odor-free environment.

Employees surrounded by pleasant ambient scents were also found to be more alert during tedious tasks and to perform better on challenging tests. On the other hand, the article noted, that people who work in environments filled with unpleasant smells experience an impaired sense of judgment and more frustration.

Scents can be used to your advantage while in the office. Some smells and scents can help stimulate the mind, therefore, increasing productivity and keeping everyone happy.

According to a study by the National Library of Medicine, fragrances or scents can directly and/or indirectly affect the psychological and physiological conditions of humans. This can be correlated with work as to how smells, fragrances, or odors may affect both the productivity and mood of the employees. Gives them a sense of relaxation thus,  reducing their stress.

Smells and odors in general greatly affect the office or workplace environment. The most important thing is that we keep the bad smells out and the pleasing odor in. This will help employees increase productivity and creativity thus, creating a conducive environment for working.

Have problems with the general smell of your office? Confused about where to start? Interested in making your office odors work to your advantage? We have got you covered!

If you need a great cleaning service in Middlesex County, Connecticut, You may contact Burgos Commercial Cleaning to ensure that your workplace would be clean and free from bad smells and odors.

Why wait? Contact us and enjoy and pleasant-smelling office today!